Ethan produces many blends of original music, often melding folk, blues, and rock, with funk, jazz, and hip-hop. He has been performing and promoting for over 20 years, has appeared at venues and music festivals in over 30 states, and has sold over 10,000 albums.

Keller’s 2010 EP Profit, was co-produced by Grammy-winner Ted Greenberg ("Standing in the Shadows of Motown"), and has aired on 100s of radio stations across the U.S. Ethan’s music is currently in rotation at WYMS 88.9 Radio Milwaukee. 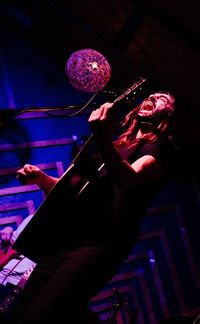 Ethan Keller at The Landing at Hoyt Park (Wauwatosa, WI) Mon May 30